Students will be able to identify and complete number/geometric patterns and calculate the perimeter of simple geometric shapes. They will solve two variable picture algebra. They will be comfortable doing data analysis using tally charts and bar/line graphs.

Students will be solving a wide range of Continental Math problems. They will be solving over 500 word problems in the school year. We will be focusing on how to write steps to solve a problems, and teaching the students to work neatly which is a big challenge at this age!

Continue to practice reading time in an analog clock.
Operations with time, add/subtract hours and minutes
from a given time.
Introduce military time, and its usage to add/subtract time.

Add/subtract money.
Give an amount use the least number of coins to represent it.

Even and odd numbers.
Place Value until 10 million.
Comparison of large numbers.
Learn properties of adding odd/even numbers.
Add/subtract tens and hundreds quickly.
Round numbers to 10s and 100s.
Introduce concept of multiples of a number.

Review length, weight and temperature.
Number of inches in a foot.
Number of feet in a yard.
Number of ounces in a pound.
Analytical problems involving these concepts and conversions.

Start algebra using pictures.
Then change pictures into letters and have the kids explore
and guess the value of the variable.

Introduce the concept of fractions.
Identify the fraction given a shaded picture.
Color the given fraction in the picture.
Notion of equivalent fractions will be discussed. 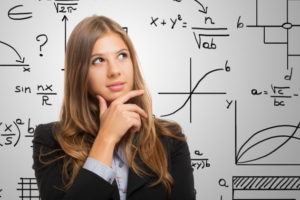